Texas is a big ole state that is different in each segment. We have beautiful beaches and warm sandy soils in the southern region, dense pine forests in the eastern portion, dry, arid and desert-like conditions in the western portion, and the northern portion of the state has hills, cooler climates and lower humidity.

In order to decide what vegetables to grow in Texas, you must first consider the portion of Texas you are in. Then you have to decide if you are wanting to grow a spring/summer crop or a fall/winter crop.

The Best Vegetables to Grow in North Texas

The soils in this region of Texas are mostly made up of loamy clay mixtures. There are some areas that have deep sandy loam mixed in. This is a diverse area of Texas that has plenty of hills, rocks, and bottomlands. The following list of vegetables will be your best choice for growing in this area according to the variety of soils and the weather conditions in this portion of Texas.

Here are some easy vegetables to grow in texas, especially in North Texas:

North Texas is one of the few locations where asparagus thrives in Texas. This plant likes colder winters and shorter summers with less heat and humidity. It is a great source of vitamins A and C. It grows in spears that are chutes that come out of the ground. You will need to be patient because once you plant your asparagus it will be about 3 years before it begins to produce enough chutes for you to harvest, but your asparagus garden will produce for as many as 20 years without you having to plant again.

Beets produce a beautiful red-colored root that is good pickled and cooked in many other ways. You can also pick the young tender leaves from the upper portion of the plant and cook them like you cook mustard, turnip greens, or spinach. Your beats can be harvested in 7 to 8 weeks after planting.

Cabbage makes a beautiful green or purple head of leaves that can be eaten raw in salads or cooked. Cabbage is considered to be a cole crop. Cole crops include cauliflower, broccoli, cabbage, and brussels sprouts. These vegetables all need to be planted in the springtime because they like the cooler weather. Cabbage and broccoli are the easiest of the cole crops to grow, and they can be grown in central and southern areas of Texas too.

Carrots are a root vegetable that provides you with a good supply of vitamin A. You can eat them raw or you can cook them. The majority of them are bright orange, but you can get carrot varieties that are purple or white in color. You want to plant this root crop in the spring and then harvest them between 70 and 80 days after planting.

They also grow well in the central and southern regions of Texas.

Cauliflower grows on a sturdy stem. You want to plant this crop in early spring because when the weather starts to get warm the cauliflower plant will start to produce flowers and will no longer be edible. This vegetable is best grown in north Texas but can sometimes be grown in central Texas if you plant early enough to beat the Texas heat.

Collard greens are members of the cabbage family but instead of growing heads like other cabbages, they grow leaves on sturdy stalks. They are very nutritious and very easy to grow. They grow well in all areas of the state including the southern region. When you harvest your collard greens you want to select the lower leaves because these are the newest leaves and will be the most tender.

Cucumbers are an ideal crop to grow in any portion of Texas. You can plant them in the early spring and they will continue to produce delectable fruits until the summer heat becomes too extreme. These plants create vines and the fruit grows on the vine so you will need to give them a trellis or something to climb. They come in many varieties and can be eaten raw or pickled and preserved.

The Best Vegetables to Grow in South Texas

Southern Texas has a sandier soil, and in some portions of southeast Texas, you will encounter black gumbo soil like is prevalent in Louisiana. The southern heat and humidity can make gardening challenging but with the right vegetables, your garden will flourish.

Green beans are a favorite springtime crop for south Texas gardens. The beans can be climbing plants that produce vines or you can buy bush varieties. The climbing beans are easier to pick and once the beans start to produce they generally must be harvested every couple of days. Plant the beans in the early spring as soon as a threat of frost is over because when the weather gets hot the beans stop producing.

Watermelons and cantaloupes simply love the sandy soils of south Texas. You want to plant the melon plants as soon as the threat of frost is over so that you are picking the delicious fruit by the early part of summer. These plants will usually produce fruit until the threat of frost comes in the fall. Melons are also good items to plant in central and north Texas gardens.

Potatoes do very well in sandy soil because the soil drains well and the potato cuttings are not exposed to a vast amount of moisture when they are sprouting. Plant your potatoes between February and early March and you will be harvesting them by late April or early May. Many people in south Texas plant potatoes on Valentine’s day. Red potatoes tend to do better than white Irish potatoes do in this region.

Peas are a standard crop in the southern regions of Texas. The plants like sandy soil and they can withstand the higher heat and humidity. Most people plant their pea crops in the late spring and they harvest peas throughout the summer, or until their freezers and pantries are filled. Peas also grow great in the fall and wildlife like deer are very attracted to peas.

Peas do not require really rich soil and they grow very well all over the state of Texas.

Okra is an excellent southern Texas crop. Okra likes the higher heat of summer and you do not even want to plant your okra until late in the spring. If you soak your okra seeds for a couple of hours in a mixture of two cups of warm water and one tablespoon of household bleach the seeds will germinate quicker. The stalks can grow to vary heights depending on the type of okra you plant, but once okra begins to produce you will need to cut it every two to there days because it will grow quickly and can get too hard in a short period of time. Texans love okra pickled, fried, boiled in peas, and even raw.

The Best Vegetables to Grow in Central Texas

Central Texas has a wide variety of soil types, and this area can get the colder winter conditions that are seen in north Texas, and they can also have the hotter summer weather as they have in south Texas. Gardening in this region can be a challenge, but if you plant the right plants at the right time you will be successful.

Yellow squash is the favorite squash to grow in Texas and it does extremely well in central, south and northern portions of the state. Summer squash can be eaten raw, steamed, baked, grilled, pickled or fried. It is full of vitamins and very easy to incorporate into a lot of recipes. Broaden your horizons and awaken your taste buds by trying a wide variety of summer squashes. Plant the squash as soon as the threat of frost is over and they will produce until the summer temperatures get into the upper 90s.

Zucchini is one of those summer squashes that you simply must plant in your Texas garden. Zucchini can be cut into thin strips and fried like potatoes, they can be steamed, they can be turned into bread, cakes, pies, and many more things, and most of the time your kids will not know they are eating something good for them. Zucchini grow on a large plant and the fruit is green and looks a lot like a cucumber when it is small. Larger zucchini fruits have more seeds but they are still edible and delicious.

Sweet corn grows better when the temperatures are cooler and field corn grows better when the temperatures are warmer. You can grow both varieties of corn in all portions of the state of Texas, but sweet corn does especially well grown in the central part of the state. The corn stalks grow tall and the corn is ready to pick when the silks on the ear turn a deep reddish maroon color.

Pinto beans are versatile beans. You can plant these beans in any region in Texas and they will thrive. You can plant them in the early spring and pick the young beans before they begin to form beans on the inside. Use these young beans like you would use a snap bean or a green bean. You can also allow the beans to mature and develop and then either can, freeze or dry the beans for future use. They are deliciously cooked in a wide variety of ways, and they provide a great source of fiber and nutrients.

Onions do well in the central Texas soil. Of course, onions also do well in the sandy soil of the southern portions of Texas. Onions are a root crop that really likes their fertilizer and they like their soil bed to be well-drained. You will want to plant your onions in the mid to late spring and then harvest them at about the same time you harvest your red potatoes or carrots. They can be eaten raw, cooked, dried, fried, or in various combinations. They are a Texas favorite as a seasoning with all types of meat and other vegetables.

Gardening in Texas ain’t much different than gardening in any other state. You need to take notice of the type of soil that you have and pay attention to the weather patterns in your area of the state so you can provide your vegetables with the temperatures they prefer.

Growing Texas vegetables is a matter of planning, patience, and perseverance. 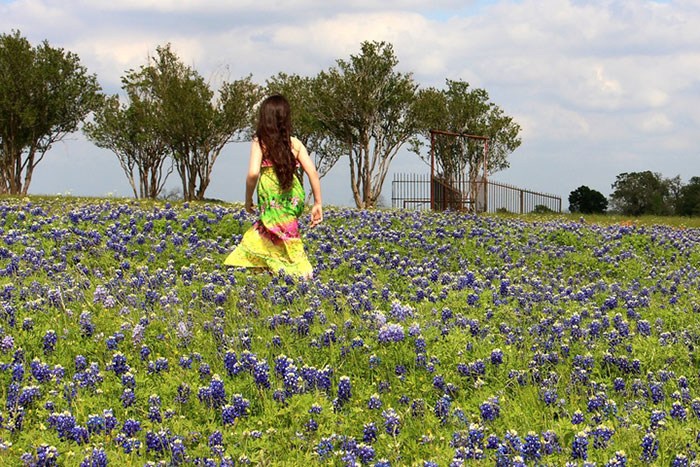 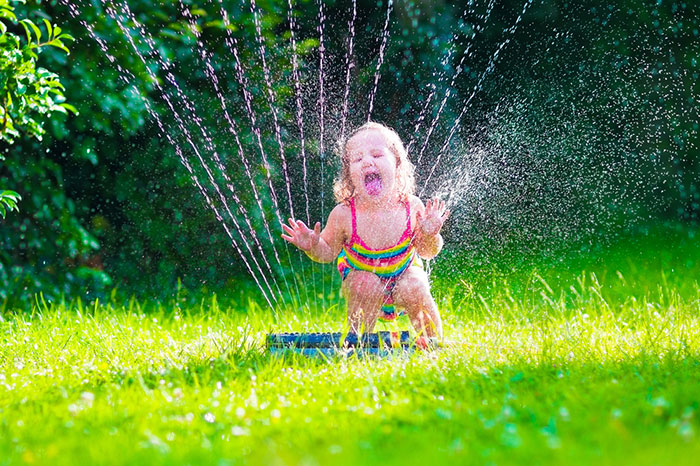 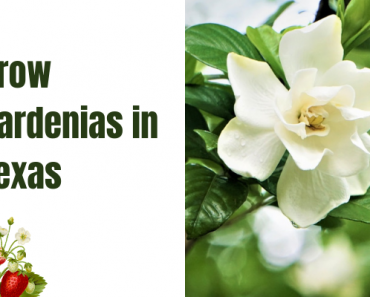 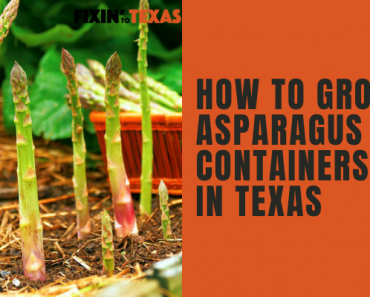 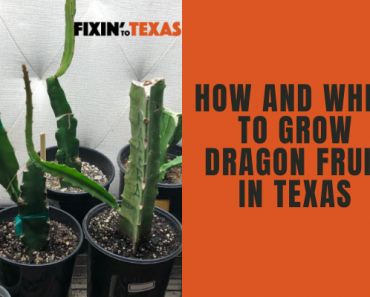 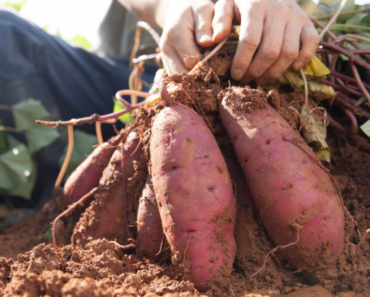