They say that Nashville is the home of country music, and it is true that the Grand Ole Opry is located in Nashville, and there is lots of recording studios and musicians in the state of Tennessee. We will also inform you that a lot of the country singers that you love to hear were born in Texas.

Texas produces a large number of fabulous country singers. This could be partially due to the fact that Texas is rich in Christian worship, and lots of Texas country singers get their start singing gospel music in their church choirs. The first song that Willie Nelson ever learned the words to was “Amazing Grace”.

List of the best Texas country singers, and where they were born

WILLIE Nelson is an American country singer who has been around for over six decades. With so many years of experience, he can be considered one of the most famous singers in the industry.

Nelson was born in Abbott, Texas on April 29th, 1933 to Myrle and Ira D. Nelson. His parents were cotton farmers just like most people living in that area at that time. However, unlike other people living there who had to worry about being drafted into World War II, Willie just had to worry about his grades which he didn’t do well in most of the time because he spent all his time picking cotton and playing music with his brother Ira and sister Bobbie up until 1944 when music became more than just a hobby for him – it became his occupation when he joined Hank Williams’s

Waylon Jennings was born on the 15th of June 1937 in Littlefield, Texas. His first recordings as a teenager were as a drummer for local rock and roll bands. Jennings attended North Texas State College where he majored in journalism and communications but dropped out after two years to pursue a full-time career as a musician.

Jennings had found his niche with country music and had gone on to have a successful recording career throughout the 1950s and 1960s. With his heavy influence in country music, Waylon Jennings helped shape the genre into what it is today.

Gene Autry was born in Tioga, Texas in 1907. Later he moved to Ravia, Oklahoma with his mother and step-father who worked as a blacksmith. He was taught to sing by his mother when he was three years old.

He built up an interest in the cowboy way of life and learned to play the guitar.

At 14 years old, he left school and started working on a ranch with his uncle.

He then bought himself a horse and rode the length of Oklahoma for two years, singing along the way.

Eventually, Gene Autry settled down in Oklahoma City where he got involved with radio broadcasting on KVOO until 1929 when he became interested in musical theater through appearing at local theaters with his band members

George Jones is one of the most famous country singers in the world. His voice and style made him a legend in the industry.

He had a long career of six decades, which is really impressive. His career started when he was only three years old, when he sang on his father’s radio show. He then moved on to singing for Carlin America and Starday Records, where he recorded his first song “No Money In This Deal” in 1955.

In 1960, George Jones signed with United Artists Records and released his first hit single “Why Baby Why”. He would go on to have many more hits over the next few years including songs like “She Thinks I Still Care” and “The Grand Tour”.

George Strait is a country singer and one of the most popular and successful country music artists of all time.

George Harvey Strait (born May 18, 1952) is an American country music singer who has been called the “King of Country.” He is known as “Mr. George Strait” to his fans. He has recorded more than two hundred songs, including twenty-eight #1 hits, fourteen multi-week number one songs, six platinum albums, five gold albums and six chart topping singles.hel

Strait was first exposed to traditional honky tonk music while growing up in Pearsall, Texas listening to Patsy Cline’s records from the 1950s.

Lyle Lovett is a Grammy Award-winning Texas born singer, songwriter and actor who has been performing since the 1980s.

Lyle Lovett was born to Mavis and B.A. Lovett on November 1, 1957 in Klein, Texas. He first learned to play the guitar from his grandmother as a child and began writing songs as a teenager. In 1982, he graduated from Sam Houston State University with a degree in mass communications. He went on to pursue a music career after graduation where he played at local clubs for six years before he became successful.

Lovett’s first notable achievement was his 1985 self-titled debut album which gave him national attention for his successful managerial skills which he had learned at Sam Houston State University.

Tracy Byrd is an American country singer who has had success in the 1990s and 2000s.

Tracy Byrd is an American country singer who was born in Texas. He grew up in Kilgore, Texas and then moved to Longview at age 16. His first album, “Just Another Day in Paradise,” was released on September 15, 1990. The album went gold in 1992 and he was nominated for a Grammy for Best New Artist of 1991. The album’s title song won the Academy of Country Music award for male vocalist of the year which he shared with Vince Gill and Doug Stone. He had more success with his second album which resulted in two singles that went to number one on the Billboard charts including “Watermelon Crawl”

Roy Orbison was an American singer-songwriter, best known for his complex voice and dark expressive eyes.

He is best known for songs like “Oh Pretty Woman,” “Only the Lonely,” “Crying,” and “In Dreams.”

Natalie is the lead vocalist of the Dixie Chicks and she was born in Lubbock, Texas and one of the top Texas country artists. The other Dixie Chicks, Emily Erwin and Martha Erwin were not born in Texas, but they got to Addison, Texas as quickly as they could, and they were raised to be Texans.

Barbara was born in Houston, Texas.

Miranda was born in Longview, Texas

Mattie Marlow of Sugar Land the band was born in Sugar Land, Texas.

Danielle was born in Houston, Texas but she grew up in Cypress Texas.

Kacey was born in Golden, Texas.

You don’t have to be from Texas to be a great country singer, but it helps. Part of what helps to create great country artists from the state of Texas is the country accent that these individuals develop when they are learning to talk. Texans have a unique accent, and the accent changes depending on what portion of the state you are from. The rich undertones in the way that people speak in this state carry over into the way that people sing, and they are perfect for country music, and the storytelling that country songs do.

Small towns also play a big part in the shaping and development of the country singers. If you look closely at the list of country stars born in Texas you will notice that the majority of them were born and raised in small country towns, not in large sprawling cities. Small towns in Texas are notorious for music competitions, small carnivals, and other venues where a young singer can showcase their talents, and develop greater talent through experience. It ain’t no accident that small towns make the most stars, whether the stars are from Texas or not.

In small town Texas, every family has at least one member who plays the guitar. Most families have several members who can pick these musical instruments. Children grow up hearing family members pick and play while they are sitting on the porch on a summer afternoon or evening. This early introduction to country music helps to create the love of the music in the young folks, and that inspires these young people to strive to be country performers. Most all of them dream of the day when they can stand on the stage at the Grand Ole Opry and sing like their favorite singers have done before them.

Like I said before, Texas is home to a large number of Christian churches, and in those churches singing is a form of worship that everyone is encouraged to do. Children grow up singing in church, and they develop a love of music. They also get the opportunity to sing in front of an audience when they sing in their church choir.

One reason why there are so many famous country singers born in Texas is because Texas is a very large state. There are a lot of people born in this talent filled portion of the United States, so it stands to reason that a good number of those folks will be country singers.

The Full List of Famous Country Singers from Texas

We are compiling a list of almost all Texas country stars in the state music history.

One of the most popular female country singers from Texas

Obviously, this southern state produces a wide variety of talented musicians, actors, football and sports players, as well as other notable people. The Lone Star state is a friendly place that encourages individuality and encourages everyone to reach for the stars as they pursue their dreams. The dreamers and storytellers of Texas become some of the greatest celebrities in country music. 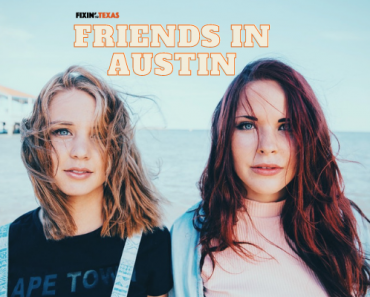 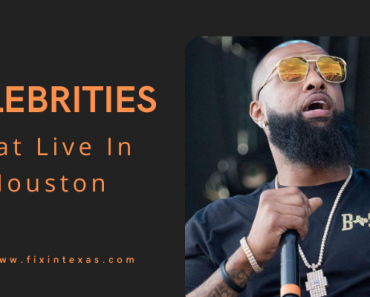 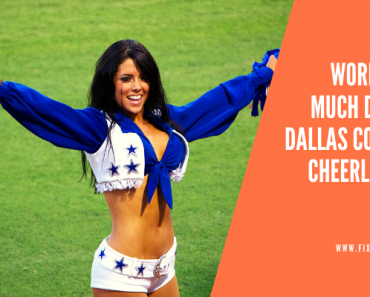