The closest I have come to being a cowgirl was when I lived in Fort Worth, Texas. My attire was a cowgirl hat, boots and of course, jeans and some type of cowboy shirt; that is when I wasn’t wearing scrubs. I have ridden horses before but I have never owned a horse. So does owning a horse make you an official cowgirl or not?

In my point of view NO! One can be a cowgirl without having to own a horse. I guess I haven’t outgrown that phase of my childhood…I am still a cowgirl at heart.

Come and go with me as we take a tour of some historical landmarks in Texas. I’ll meet you at the corral and have your horse waiting for you. I will be the one in the white hat, blue jeans a plaid shirt.

Texas Historical Commission is the agency that is dedicated to the historic preservation in the state of Texas.

The Alamo is located at 300 Alamo Plaza San Antonio, TX and entered the U.S. National Register of Historic Places on December 19, 1960.

The Alamo started out as a mission named Mission San Antonio de Valero. It was the home to missionaries and their Indian converts. It served as a mission for seventy years. The Spanish officials in 1793 secularized the five missions in San Antonio and gave the lands to the Indian residents. The residents now owned the land and was part of the growth of the San Antonio area.

The early found the Spanish military stationed at the former mission. During the 10 year struggle for Mexico’s independence, Alamo was home to the Revolutionaries and the Royalists. The military continued to occupy the Alamo until the Texas Revolution. 1835 Ben Milam led both the Texan and Tejano volunteers against the Mexico troops. The volunteers occupied the Alamo after their victory.

February 23, 1836 Santa Anna’s army nearly caught the Alamo by surprise. The battle lasted 13 days. The siege and the final battle is the most celebrated military engagement in Texas history.

A ship in Texas

The Elissa is one of the oldest ships sailing today. She was built in Aberdeen, Scotland and launched on October 27, 1877. She has sailed under Norwegian and Swedish flags. Her first voyage after being restored was in 1985 and arrived in Corpus Christi, Texas. Twelve months later she set sail to New York City and participated in the Statue of Liberty’s centennial celebrations. When not in the water she is moored at the Texas Seaport Museum in Galveston. Tours are available year round as long as she is dry-docked. The ship is cared for by qualified volunteers who come from East Texas.

Espada Acequia is located at Espada Rd., E of U.S. 281S near San Antonio and entered the U.S. National Register of Historic Places on July 19, 1964.

In 1731 the Franciscan friars built Espada Acequia. The purpose of building it was to supply irrigation waters to the near Mission San Francisco de la Espada. The irrigation ditch (acequia) is still used today. It is a Historic Civil Engineering Landmark along with being a National Historic Landmark.

Not only does it deliver potable water and irrigation it also powers the mill at Espada. The Mission from it’s beginning to present day supports a school and a church.

Fort Belknap was one in a series of forts built on the Rio Grande to the Red River. The purpose of the forts was to protect the frontier from Indians.

The fort was built in 1851 by Brigadier William G. Belknap. The purpose was to protect the Texas frontier from the Kiowa and Comanche. It is the most northern fort from the Rio Grande to the Red River. Just before the outbreak of the American Civil War the fort was abandoned, mainly due to the Federal troops being relocated to the north. During the Texas Centennial, the portions of the fort were restored and rebuilt on its original foundations. Today the fort houses the Fort Belknap Archives (records from North Texas).

Fort Sam Houston is located at the northeast side of San Antonio, Texas and entered the U.S. National Register of Historic Places on May 15, 1975.

Know more about the Houston Activities.

Construction on Fort Sam Houston began in the mid 1870’s. The building was supervised by the military commander, Major General Edward Ord. The fort is one of the largest historic military posts. The oldest part of the fort was originally a supply depot. It also housed Geronimo and the Apaches while the Federal government decided what to do with them. The government couldn’t decide if the “prisoners” were common criminals or prisoners of war.

Today’s main use of the Fort is medical training and a support post. Adjoining the Fort is Fort Sam Houston National Cemetery. The first burial was in 1926.

Fort Davis main purpose from 1854 to 1891 was to protect mail coaches, freight wagons, emigrants and to control Great Comanche War Trail and Mescalero Apache War Trails. Confederate State Army manned the fort in 1861 when the Mescalero Apaches attacked the fort. The warriors took about 100 horses and or cattle. Two guards were killed in the garrison’s attack. The Buffalo Soldiers, an all black regiment, was stationed at the post.

Today the fort has 24 restored historic buildings. Five of those buildings have bee furnished to meet the 1880’s standards. When you go to the Fort it’s easy to be taken back in time with the surroundings. The tour is self guided and starts at the visitors center.

Our Last Stop in Texas

Are you enjoying your Texas visit? Let me know you were here and what you think. 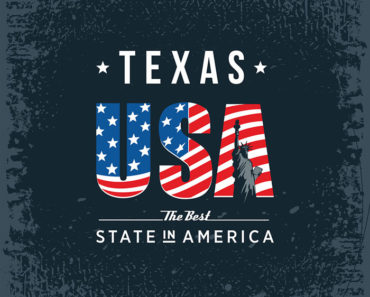 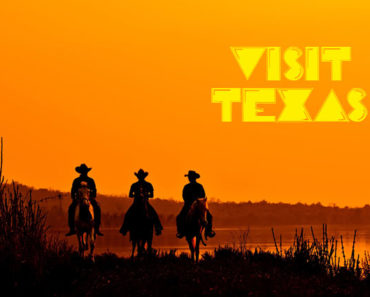